International conventions cover areas including trade, disarmament, and human rights. A convention becomes legally binding to a state when that state ratifies it. Signing a convention indicates

support for the principles of the convention and the country’s intention to implement these principles to protect and promote and rights of all citizens. 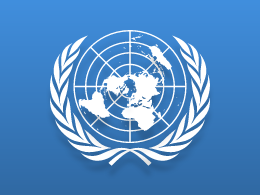 The UNFCCC entered into force on 21 March 1994. Today, it has near-universal membership. The 197 countries that have ratified the Convention are called Parties to the Convention. Preventing “dangerous” human interference with the climate system is the ultimate aim of the UNFCCC.

CITES (the Convention on International Trade in Endangered Species of Wild Fauna and Flora) is an international agreement between governments. Its aim is to ensure that international trade in specimens of wild animals and plants does not threaten their survival. Any trade in protected plant and animal species should be sustainable, based on sound biological understanding and principles.

Montreal Protocol on Substances that Deplete the Ozone Layer (1987)

Adopted on 15 September 1987, the Protocol is to date the only UN treaty ever that has been ratified every country on Earth - all 197 UN Member States.

The Montreal Protocol, finalized in 1987, is a global agreement to protect the stratospheric ozone layer by phasing out the production and consumption of ozone-depleting substances (ODS).

The Convention on Biological Diversity (CBD) is an international agreement adopted at the Earth Summit, in Rio de Janeiro, in 1992. The CBD was negotiated under the guidance of the United Nations. It was signed by more than 150 government leaders at the Rio Earth Summit (which official denomination is the 'United Nations Conference on Environment and Development'). It has three main objectives:

The Cartagena Protocol on Biosafety to the Convention on Biological Diversity is an international agreement which aims to ensure the safe handling, transport and use of living modified organisms (LMOs) resulting from modern biotechnology that may have adverse effects on biological diversity, taking also into account risks to human health. It was adopted on 29 January 2000 and entered into force on 11 September 2003.

The Convention was adopted on 22 May 2001 at the Conference of Plenipotentiaries on the Stockholm Convention on Persistent Organic Pollutants, Stockholm, 22-23 May 2001.

The Stockholm Convention on Persistent Organic Pollutants aims to protect human health and the environment from persistent organic pollutants which are hazardous chemicals toxic to humans and wildlife.

The Kyoto Protocol was adopted on 11 December 1997. Owing to a complex ratification process, it entered into force on 16 February 2005. Currently, there are 192 Parties to the Kyoto Protocol.

The Kyoto Protocol operationalizes the United Nations Framework Convention on Climate Change by committing industrialized countries to limit and reduce greenhouse gases (GHG) emissions in accordance with agreed individual targets. The Convention itself only asks those countries to adopt policies and measures on mitigation and to report periodically.

Under the terms of the United Nations General Assembly-approved Convention against Corruption, ratifying countries will enter into a legal obligation to:

The United Nations Conference for the Adoption of a Single Convention on Narcotic Drugs met at United Nations Headquarters from 24 January to 25 March 1961. This Convention aims to combat drug abuse by coordinated international action. There are two forms of intervention and control that work together. First, it seeks to limit the possession, use, trade in, distribution, import, export, manufacture and production of drugs exclusively to medical and scientific purposes. Second, it combats drug trafficking through international cooperation to deter and discourage drug traffickers

The Convention establishes an international control system for psychotropic substances. It responded to the diversification and expansion of the spectrum of drugs of abuse and introduced controls over a number of synthetic drugs according to their abuse potential on the one hand and their therapeutic value on the other.

This Convention provides comprehensive measures against drug trafficking, including provisions against money laundering and the diversion of precursor chemicals. It provides for international cooperation through, for example, extradition of drug traffickers, controlled deliveries and transfer of proceedings.

The United Nations (UN) is an International Organization Founded in 1945 after the Second World War by 51 countries. There are 193 member states in the UN. While the UN is capable of taking action on a wide range of issues, its main purposes include peacekeeping, developing friendly relations among nations, helping nations unite to tackle issues such as widespread hunger and acting as a centre for harmonizing the actions on nations to achieve these goals.

Organs of the UN

The main organs of the UN are the General assembly, the Security Council, the Economic and Social Council, the Trusteeship Council, the International Court of Justice, and the UN Secretariat. All were established in 1945 when the UN was founded.

The Human Rights Council is an inter-governmental body within the United Nations system responsible for strengthening the promotion and protection of human rights around the globe and for addressing situations of human rights violations and make recommendations on them. It has the ability to discuss all thematic human rights issues and situations that require its attention throughout the year.

The Office of the High Commissioner for Human Rights (OHCHR) is mandated to promote and protect the enjoyment and full realization, by all people, of all rights established in the Charter of the United Nations and in international human rights laws and treaties. OHCHR is guided in its work by the mandate provided by the General Assembly in resolution 48/141, the Charter of the United Nations, the Universal Declaration of Human Rights and subsequent human rights instruments, the Vienna Declaration and Programme of Action the 1993 World Conference on Human Rights, and the 2005 World Summit Outcome Document

The UPR was established when the Human Rights Council was created on 15 March 2006 by the UN General Assembly in resolution. The Universal Periodic Review (UPR) is a unique process which involves a periodic review of the human rights records of all 193 UN Member States. The UPR is a significant innovation of the Human Rights Council which is based on equal treatment for all countries. It provides an opportunity for all States to declare what actions they have taken to improve the human rights situations in their countries and to overcome challenges to the enjoyment of human rights.

UPR - Reporting Cycle I- Date of consideration: Thursday 8 May 2008

The Universal Declaration of Human Rights (UDHR) is a milestone document in the history of human rights. Drafted by representatives with different legal and cultural backgrounds from all regions of the world, the Declaration was proclaimed by the United Nations General Assembly in Paris on 10 December 1948 (General Assembly resolution 217 A) as a common standard of achievements for all peoples and all nations. It sets out, for the first time, fundamental human rights to be universally protected and it has been translated into over 500 languages.